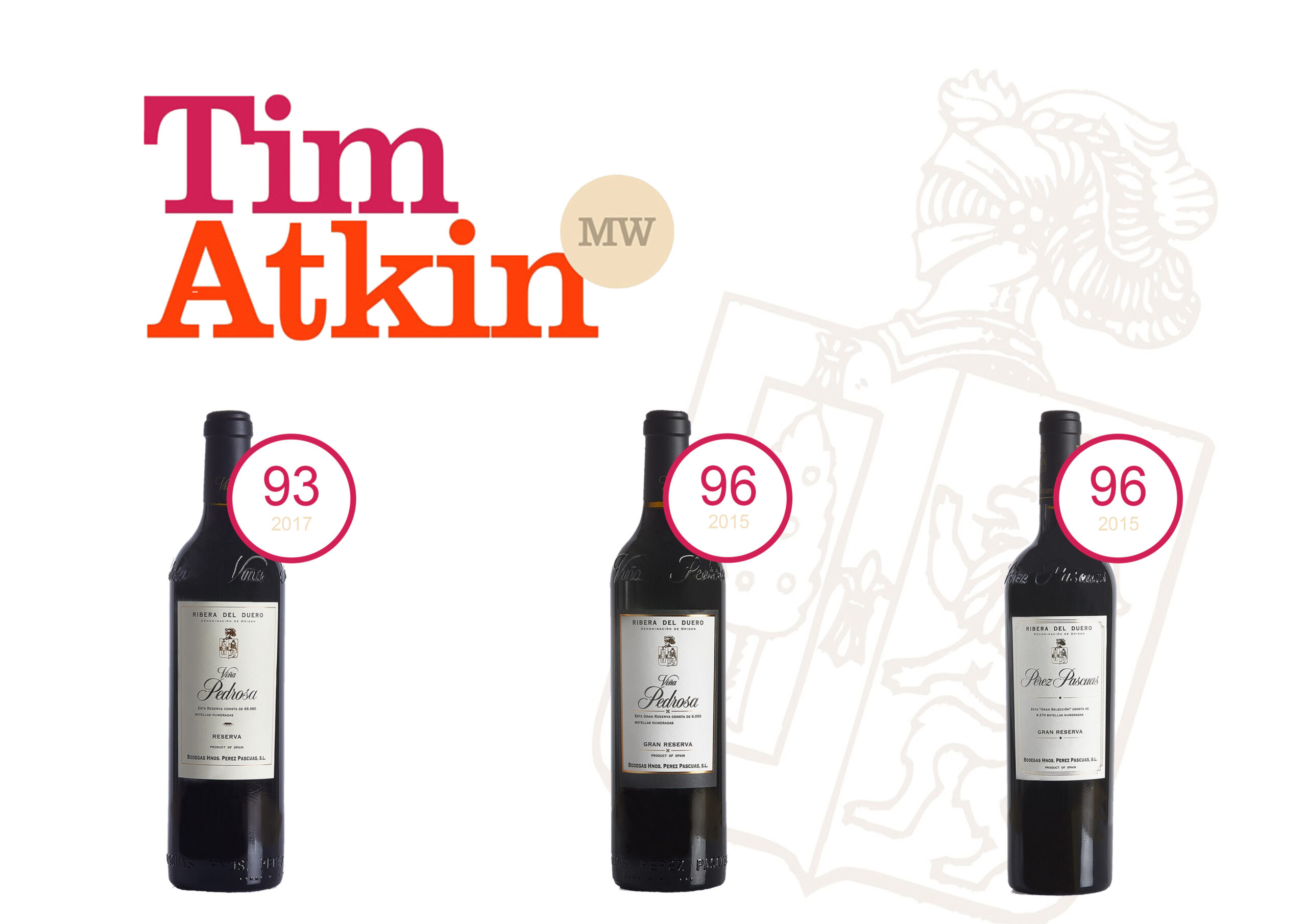 The British Master of Wine, Tim Atkin, shows us the greatest 100 wines from Ribera del Duero.

This is the forth year and Tim Atkin has selected the best wines from Ribera del from 406 samples and was aided by over 30 Zoom calls with producers.

The three vintages that dominated this year’s Top 100 are a case in point -2018 ( 31wines ) and 2016 (28 wines) both cooler, so called “Atlantic” vintages. While 2017 was hot, very early and hit by a devasting frost in late April. 2015, another warm vintage, is regarded by many as a classic expression of the region.

He has highlighted one last trend, the move towards wines that are increasingly  village and parcel specific. A good thing will help consumers an even wine specialist to understand the diversity of  which the Ribera del Duero is capable.

The oldest vines in the Valtarreña Vineyard, planted 88 years ago, supply the grapes for the Pérez Pascuas’ top wine. Which is then made from a further selection of the best barrels. Youthful, vigorous and typically well structured, this spent 26 months in new oak French and American before bottling. Firm, tight and grippy, this is like a coilde spring, with considerable depth and fruit power, layers of tannins and a fresh, almost saline finish.

Only made in the best vintages, such as 2008, 2010 and 2015, the Gran Reserva hails  from two parcels – Valtarreña and El Espino- that are both over 60 years’ old. Inky, dark and well structured, this is a wine that is built to age for a decade or more. Aged in new French and American oak. It is savoury, dense and just beginning  to develop some balsamic undertones to complement the flavours of black fruits and dried herbs.

This comes from 50-years-old bush vines  in Pedrosa de Duero. It is typically dense, compact and focused, with 50% French and American oak, damson and blackberry fruit and a green undertone that is a feature  of many Ribera wines  in 2017.

This website uses cookies to improve your experience while you navigate through the website. Out of these, the cookies that are categorized as necessary are stored on your browser as they are essential for the working of basic functionalities of the website. We also use third-party cookies that help us analyze and understand how you use this website. These cookies will be stored in your browser only with your consent. You also have the option to opt-out of these cookies. But opting out of some of these cookies may affect your browsing experience.
Necessary Always Enabled

Any cookies that may not be particularly necessary for the website to function and is used specifically to collect user personal data via analytics, ads, other embedded contents are termed as non-necessary cookies. It is mandatory to procure user consent prior to running these cookies on your website.